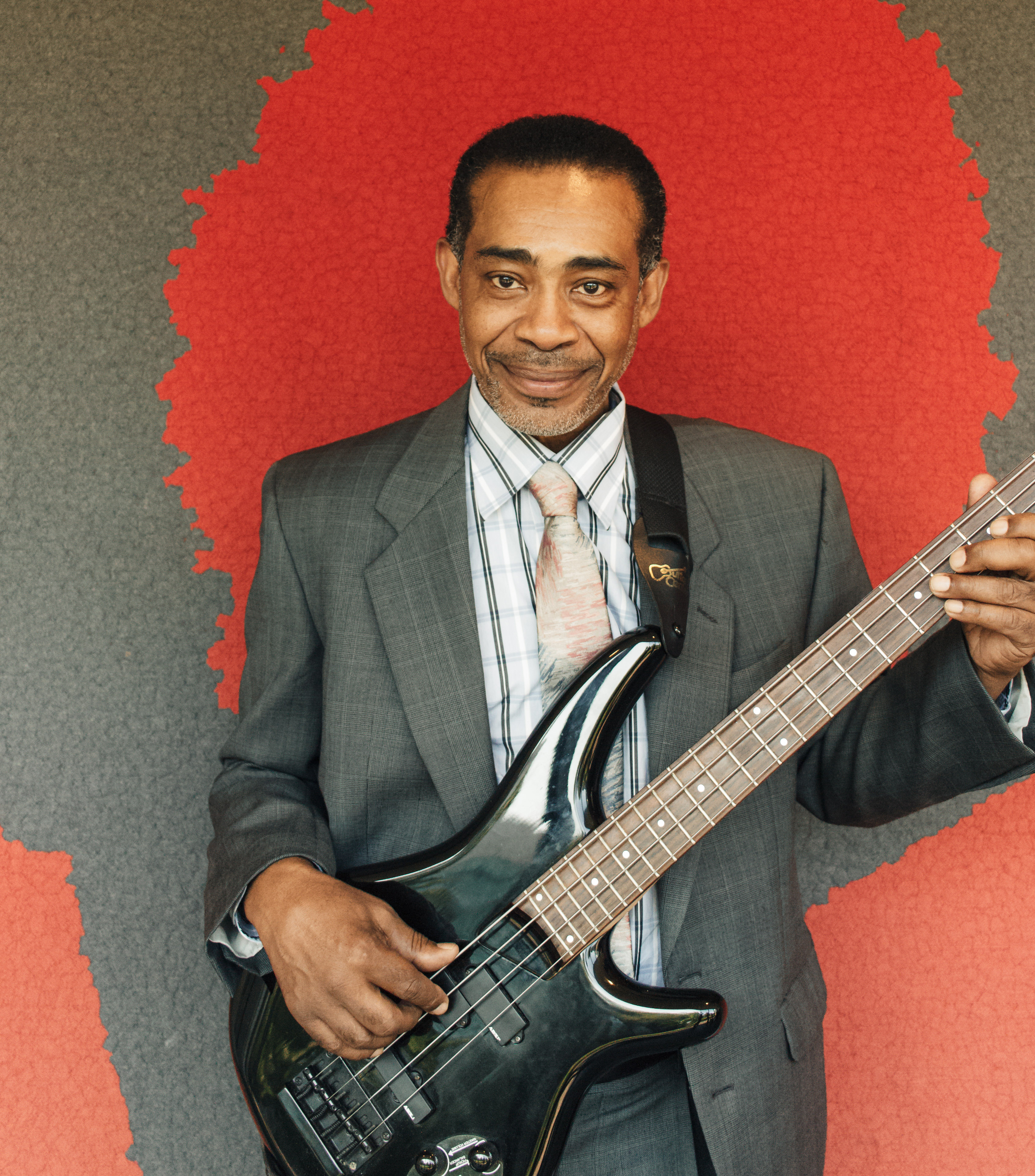 Harrison Davis, also known as “Duffy”, was born in South Bend, Indiana but lived in Chicago most of his life. Duffy has always been around music, as some of his friends and family were musicians. One of his friends, Chicago guitarist Larry Blasingaine who played with Jackie Wilson, inspired him to go back to school for music, which he did at the local college where he learned music theory. A few years later, Duffy started playing the guitar, but recognizing the many opportunities for bass players, he changed from guitar to the bass guitar. As a result of this change, Duffy had a newfound love for the bass and decided to go back to school to learn more music theory, and improve his skills as a musician. He now plays jazz, blues, and R&B styles of music with different bands, including the Second Nature Jazz Quintet, which has helped him grow musically.